Outside the Qantas Office, London.

Actions have taken place in Brussels, London and Berlin to support the actions in Melbourne and Sydney calling on Qantas shareholders to support a motion at the Qantas AGM that would see Qantas stop carrying out deportations for the Australian Government.

We stand together with groups around the world to protest against Qantas’ involvement in forced deportations for the Australian government. This week we’ve been spending time outside the Qantas head office in London to send them a message.

Queers know what it is like to fight back against oppression. It is not that long ago that LGBT+ people were the “illegals”, targeted by police and the state. We draw on the history of this struggle to stand with migrants and refugees who around the world are facing unjust deportations to places of danger.

We have been actively campaigning against British Airways sponsorship of Pride events around the UK while they continue to deport people for the British home office. Companies cannot cherry-pick which human rights they choose to support.

Qantas says that it promotes diversity and inclusion. It’s CEO, Alan Joyce, took a stand against the Australian government to say “Yes” to marriage equality, stating that support for marriage equality was about the “fundamental Australian value of fairness”.

Australia is infamous around the world for its indefinite detention of people seeking safety – including children – in offshore detention camps. The Australian government’s punitive stance towards people seeking safety and its abuse of human rights is well-known and broadly condemned around the world. This is the “spirit of Australia” that Qantas promotes when it fails to take a stand and continues to deport people.

We are taking action today to tell Qantas that it cannot cherry-pick which human rights it chooses to uphold. It cannot state that it upholds fairness and inclusion, while it facilitates a program that is tearing communities – and even families – apart.

There is no pride in deporting human beings.

Dutton has shown that there is no due process in deciding who gets to stay – and who is forced to leave. But he needs airlines – like Qantas – to do his dirty work.

On the Sunday 21st October, we are calling on people around the world to say #StandUpQantas, don’t help Dutton #deporttodanger.

We are calling on people to go to the Qantas offices and qantas desks in their home city and stage a die-in to tell Qantas that they must take a stand and refuse to be complicit in the human rights abuses of our government.

If there is no QANTAS office or desk in your city, you can:
– retweet and share the photos from actions in other cities, and of course this event as well.
– make a banner and do a photo action at an iconic location where you live. Poster files are here https://we.tl/t-Cz8LS37eKc

October 5 marks the 200th day that the people detained on Nauru have been protesting and calling for freedom. From around the world people are sending messages of solidarity and support. 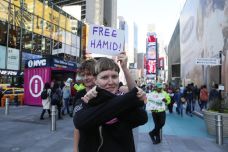 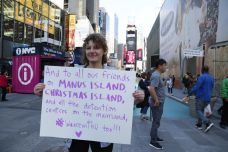 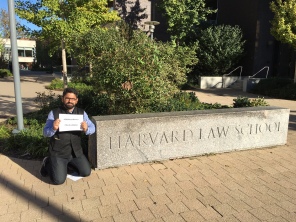 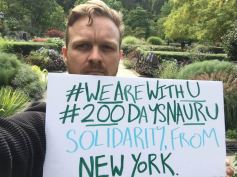 A group of representatives from International Alliance Against Mandatory Detention (IAADM) attended a vigil outside the UN in New York, on the eve of a Summit for Migrants and Refugees on 19 September 2016. 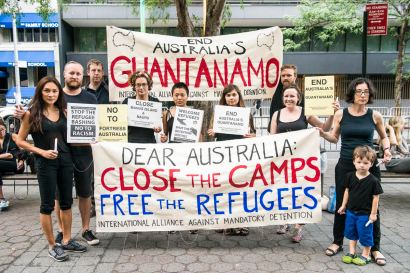 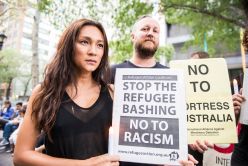 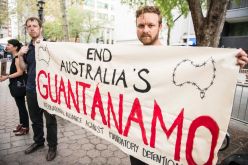 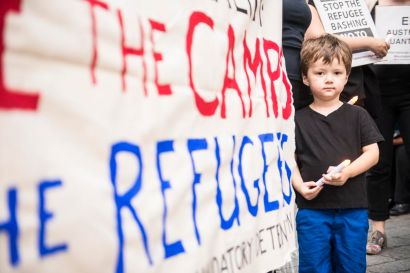 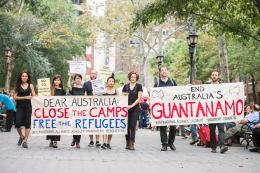 Watch a video of the protests in London here: 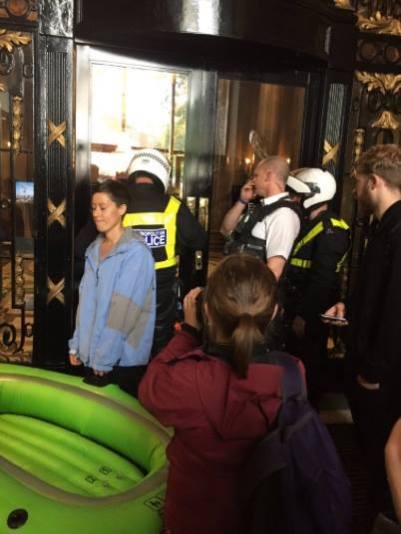 The London protests were covered in Huck and The Daily Telegraph.

Pictures from protests in New York 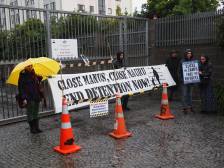 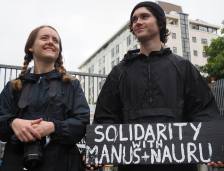 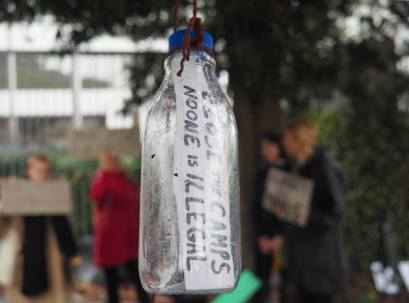 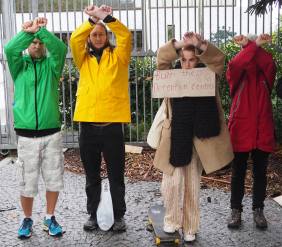 Photos of Reza Berati, Fazel Chegeni and Hamid Kehazhaei, all refugees who died in Australian offshore detention centres, along with #CloseTheCamps and #RefugeeWelcome, were projected onto the Australian High Commission in London. All men were Iranian Kurds fleeing persecution. Australia’s policy is to punish refugees arriving by boat in oder to ‘deter’ them from seeking safety in Australia.
video by @indyrikki

We want as many people as possible from as many countries and cities around the world involved in this network.

There’s so much to do, from education and outreach about Australia’s brutal mandatory detention policies or supporting campaigns to divest from mandatory detention where we live, to organising protests and vigil or confronting Australian politicians when they travel overseas. 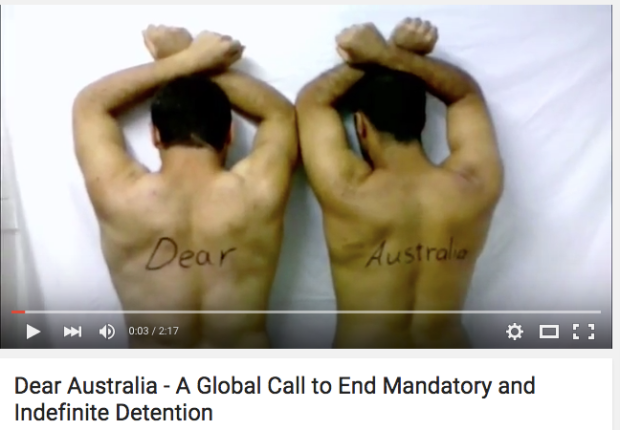 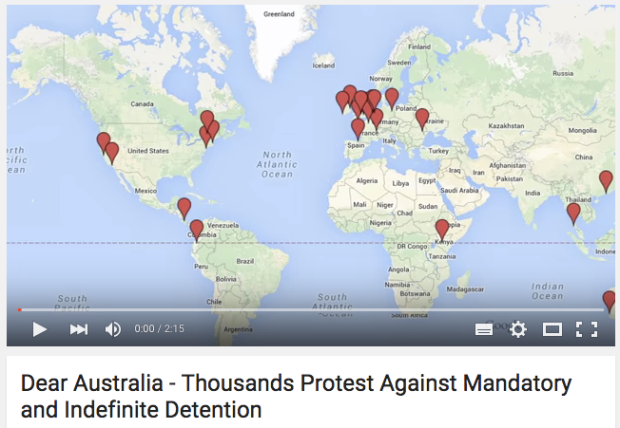 The International Alliance Against Mandatory Detention (IAMD) is an initiative established to create an international network of people living outside of Australia who are appalled by the Australian government's treatment of refugees in Australia.